It has been seen most of the time that designers and developers are made to sit in different cubicles labeled as Design Department and Development Department. When a developer is made to work in a corner in isolation from the design process, it prevents the developer to help in crafting the end product. The person who suffers is the end user. 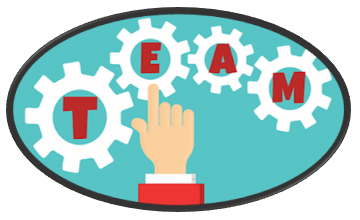 Change the Pre-historic Notions about Roles

These notions, to this day hold true in large organizations, where there is a strong line of separation between roles instead of having cross-functional teams. Is the separation an organizational thing or a departmental role thing? The answer is “It is true for both.” Developers see design a thing that is beneath them, and vice versa.

It is only when these pre-historic notions, that have carried themselves to our tech-era, are removed that the distinction between designers and developers can be overlooked, and thus can then be used for mutually inclusive benefit for bringing out a great product for the users.

Design and Development – Not Just for the Respective Teams

Many a times, I have heard developers and designers exclaim vehemently that usability and development is not their responsibility respectively and sign when they actually have to a attend meeting. “We are required to build the engine, why should we care about the page navigation?” claims one of the developers. Or, “Adding a product to the cart is not our job!” signs one of the designers. This narrow view is explained by Paul Boag as “Exclusion of developer of designer from the process will do nothing but prevent the product from living up to the expectations.”

My process is fairly simple – include designers and developers from the start of the project rather than asking their input along the way when required. This helps the designers to understand the restrictions that developers may have when implementing a certain design, and vice versa. Personally, I think that this approach has done me wonders – my clients have always been happy with the outcome of the project and if I may quote one of the client “It was more than what we had expected!”

The internal benefits I found were:

Of course, there are times when development and design teams do not necessarily have to together but what I am talking about is open collaboration between both the teams which calls for designating an emissary.

Over the years, I have experienced that when all the designers and developers meet, there is a lot of frustration and little or no work. Plus, meetings are boring most of the time. What I have learnt is that, team lead from each department meet with the technical emissary or the “project manager” to discuss the project and the information pertaining to it.

The thing to be careful about here is to make sure that the information discussed in the meeting is disseminated to the concerned team members. The communication method is the backbone of the dissemination. Many use, project management systems while others prefer email or skype. In my opinion, online project management system works best so that everyone can see every information in one place.

Involvement is the KEY

The common assumption that once project leaves the design phase and reaches the development phase, the responsibility becomes that of the development team, and the vicious cycle of blames begin. If the entire team is involved from the start – as I been focusing on – the blame never exists. The problem exists only because the designers think that it is the developers job and vice versa.

Therefore, it is important to include the designers and developers in the start – the benefits will start becoming obvious once the project reaches the end phase. It is a simple formula – my formula – “Involve everyone in the beginning so that everyone knows what is going on and what is going to happen – leaving no room for failure.”